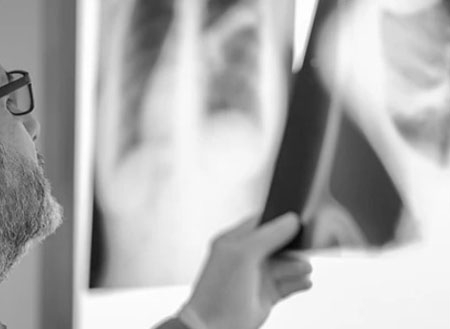 As the winter weather forges on, the opportunity to slip on the ice and sustain injury is ever present. Often times, those injuries are in the realm of fractured bones. Often times, the words ‘break’ and ‘fracture’ are tossed around and used interchangeably. What is the difference between breaking a bone and fracturing it? Let’s find out!

‘Breaking a bone’ is more of a layman's phrase, so we try to refrain from using it when describing a bony injury. Rather, we say the bone is fractured, and then use other adjectives to further describe the nature of the fracture. Fractures can be described based on laterality, location, orientation, and alignment.

The laterality that sustained the fracture must first be identified: right versus left. Then the location of a fracture can be described as proximal (closer to the midline of the body) or distal (farther from). For example, if you sustain a proximal humerus fracture, the location of the injury is near your shoulder; whereas, if you are said to have a distal humerus fracture, the fracture site is near your elbow. The fracture could also occur in the middle of the bone (not nearly as common), which would be called a mid-shaft fracture.

If a child sustains a fracture that involves an open growth plate, it is identified as a Salter-Harris fracture. They are graded I-V based on the extent of the fracture. These fractures are important to identify because even though they are common, such fractures could lead to the growth plate closing prematurely and stunting the growth of that particular limb.

The orientation of the fracture line itself provides further clarification as to the nature of the injury. Fractures can be transverse if they cross the bone in a horizontal fashion or oblique if they are on more of a diagonal. If the fracture line twists through the bone like a strand of DNA, it is called a spiral fracture. If someone says they ‘shattered’ his or her bone, they likely sustained a comminuted fracture which means the bone has fractured into multiple pieces.

Fractures can be displaced or nondisplaced in their alignment. A ‘clean break’ would suggest a fracture that went through a bone but did not cause any malalignment. Often times, nondisplaced fractures can be treated nonoperatively with a period of immobilization ( https://www.orthowisconsin.com/post/caring-for-your-cast ) and gradual return to controlled motion over time. Displaced fractures, on the other hand, describe a fracture that not only injured the bone, but also shifted it from normal alignment. Depending on the circumstances, these fractures may require manipulation by your surgeon to realign the bones prior to casting or even surgical intervention to insert a plate and screws to hold the fracture in place while the body heals the area.

The decision to proceed with surgical intervention of a fracture is dependent on many factors including age, angulation of the fractured bone, skeletal maturity, bone density, activity level, and extent of fracture. Upon reviewing your x-rays, your surgeon will discuss the best treatment plan for you. We don’t wish fractures upon anyone, but if the ice slips you up, give Orthopaedic Associates of Wisconsin a call to help you in identifying the kind of fracture you have the treatment it requires. Be safe out there!